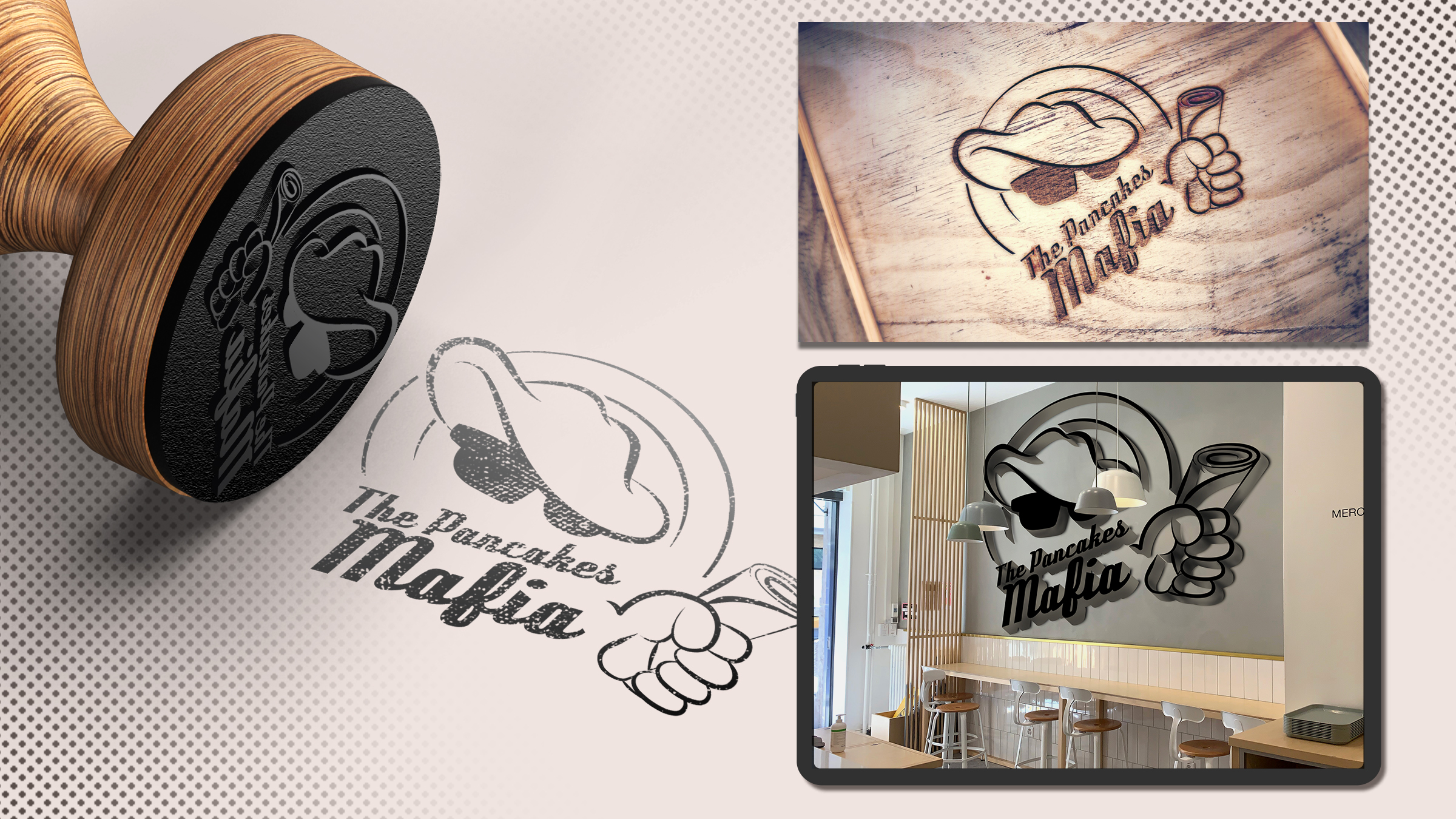 PANCS used to be an upscale pancake restaurant in Lausanne, with a minimalist yet elegant branding evoking exclusivity and richness.

Pancakes are supposed to be fun! They’re pretty much the most fun you can have cooking since there is no fixed recipe and you can pair them with just about anything. That’s without even mentioning the really awesome aerial feat of turning them over.

So, a new name and a new branding were needed. They had to be big, colorful, vibrant and stand out in a saturated market.

Thus, the PANCAKES MAFIA was born.

The name itself banks on silliness and whimsy while not being over the top. It also does a perfect job of describing what the restaurant is all about while giving it a certain “forbidden fruit” allure to it that rings all the right bells to make you want to check it out.

The logo had to be simple enough to be legible but contain the same fun and friendly attributes as the name. It dawns a silhouette inspired by the old carton depictions of mobsters with the funny hats, holding a wrapped pancake almost like a weapon. The font is also purposely reminiscent of the 1920s and ‘30s era, when American mobsters were considered celebrities of some sort.

Next came the campaign posters announcing the new identity. People already know that pancakes are tasty, so instead of talking about that, we focused on getting a little giggle. Since the brand has a certain criminal element to it, then why not take that even further?

As such, all visuals were playful takes on some of the most famous mobster movies. We changed the titles, the graphics, the descriptions and even the cast to fit the idea but even so, you would instantly recognize the (flipping) reference.

When the lockdown restrictions in Switzerland were finally lifted, it was time to reveal the big change to the world. It was a joyous occasion not only because of the new face of the brand, but the owners were also on the track to open a second restaurant.

As always, an opening is cause for both celebration and good communication, so we made a short animation for social media. Its aim was threefold: announce the new place, further enforce the new identity and show gratitude to the community that kept business afloat during hard times.

In true mobster fashion, everything was made to look like a sketchy enterprise. The employees were depicted like mob enforcers, the suppliers seemed like they were trafficking the best local products, the pancakes looked like highly demanded contraband and the clients became the mafia that made everything possible.

All in all, we really cornered the pancake business.